A Bird in the Bush Equals Money in the Hand 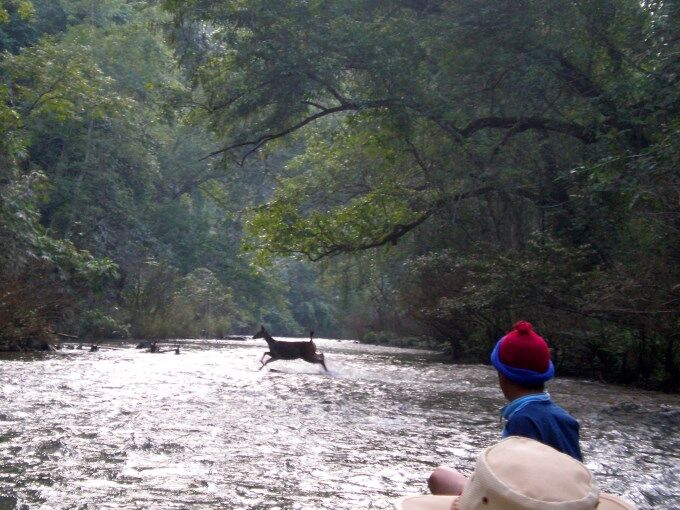 Vientiane – Lao-PDR  (2017) – A new study by the Wildlife Conservation Society (WCS) and Foundations of Success (FOS) finds that an ecotourism strategy based on “direct payments,” where local people are compensated for the amount of wildlife seen by tourists, has resulted in a reduction in illegal hunting and an increase in wildlife sightings.

In the study, the scientists tested a new model in Lao People’s Democratic Republic (PDR)’s Nam-Et-Phou Louey (NEPL) National Protected Area (NPA) that used a direct payment approach to encourage villagers to reduce illegal hunting and trade, which is driving wildlife decline.  The model included a contractual payment to villages that was directly tied to the numbers of wildlife seen by eco-tourists as well as a reduction in payments for occurrences of hunting violations.  The approach was designed to reduce illegal hunting pressure, increase wildlife sightings, and ultimately wildlife numbers, while generating ongoing economic incentives for conservation.

The scientists implemented and then monitored this approach for four years. Results indicated a three-fold increase in hunting signs in the non-tourism sector of the NPA as opposed to no increase in the ecotourism sector. Additionally, an overall increase in wildlife sightings was observed. A wide range of threatened species benefited from the program, including Sambar deer, barking deer, primates and small carnivores.

“If eco-tourism or nature tourism is going to help increase these wildlife populations, there must be a direct link between the incentives for communities and the wildlife itself, “said Bounpheng Phoomsavath, Director of Nam Et — Phou Louey National Protected Area. “Many projects claim to be benefiting wildlife but they often lack this direct link.  Villagers get benefits but the wildlife populations continue to decline.  The direct links are the key to our success.”

“This study illustrates the importance of monitoring along a theory of change to evaluate if and how a conservation strategy is leading to expected outcomes and to inform adaptive management,” said WCS Lao PDR Country Deputy Director Dr. Santi Saypanya.

The scientists say the case “provides key lessons on the design of a direct payments approach for an ecotourism strategy, including how to combine threat monitoring and data on wildlife sightings to evaluate strategy effectiveness, on setting rates for wildlife sightings and village fees, and the utility of the approach for protecting very rare species.”

“Design, monitoring and evaluation of a direct payments approach for an ecotourism strategy to reduce illegal hunting and trade of wildlife in Lao PDR,” appears in the current edition of PLOS One. Authors include: Paul Frederick Eshoo and Troy Hansel; Sivilay Duangdala of WCS-Lao PDR; and Arlyne Johnson of Foundations of Success (Bethesda, Md.)